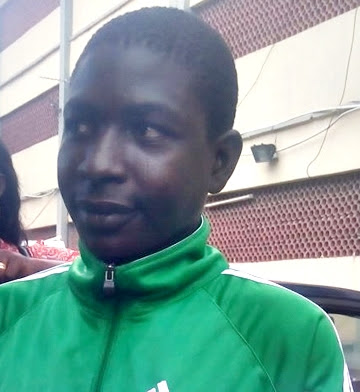 
A 32-year-old fake Assistant Superintendent of Police identified as Abdulrasak Sani who was alleged to have forged the police letterheads, identity card and recruitment forms, which he use to defraud the members of the public, has been arrested by the Lagos State Police Command.

It was reported that the suspect, who claimed to be attached to the Office of the Deputy Inspector-General of Police, was also issuing out permits to tankers conveying petroleum products from Port Harcourt, Rivers State to Lagos.The suspect who escorted a truck to a filling station in Lagos when he was arrested by the police, was formerly a constable, but was dismissed in 2006 after engaging in illegal oil bunkering.Speaking with reporters on Tuesday at the Lagos State Police Command headquarters in Ikeja, he said his friend in the police assisted him to produce the fake documents after he could not get another job for 10 years. “I was formerly a constable, but the authorities dismissed me in 2006 after I was involved in illegal oil bunkering. Since that time, I had been out of job and my mother had been the one feeding me and my three children.“When I could no longer bear it, I contacted my friend, Sergeant Adamu Hassan, who is attached to the Trinity Police Division, Apapa. He was the one that produced the ID card, recruitment forms and letterheads. I started using them to make money.“I am based in Eleme, Port Harcourt. My clients, who already have my phone number, usually call me for business. I collect N60,000 to escort a tanker from Port Harcourt to Lagos. When I get to Lagos, I meet with my friend, Hassan. I have paid him a total of N150,000 for his efforts. I have done this business for one month and escorted six trucks,” he confessed.The suspect, who said he was arrested while escorting another truck to Lagos, said the police got wind of his activities and sent operatives to waylay him, adding that he regretted his actions and begged for forgiveness.The Commissioner of Police, Lagos State, Fatai Owoseni, advised members of the public to be wary of impersonators, adding that the command would go after people who gave the Force a bad name.

Jobs in Nigeria by Sector

Job in Nigeria by Popular Tags

Click verification link sent to your inbox to complete subscription!